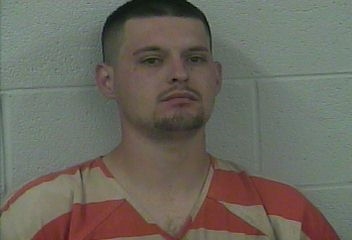 On Sunday, October 4, 2020 at approximately 5:00 am Knox County Deputy Bobby Jones received a report of a 20 year old female that had been pushed off a cliff on Julie Mills Cemetery Road in Walker by her boyfriend William Collins.

After a foot pursuit, the deputies arrested 25 year old William Collins of Walker, KY charging him with Public Intoxication-Controlled Substance and Fleeing or Evading Police-2nd Degree.

William Collins told the deputies where he had left the female alone in the woods. The deputies walked to the location, which was in the mountain approximately one (1) mile from their residence on Julie Mills Cemetery Road. The victim had been beaten as well as suffering trauma, including a broken leg, from the fall. In addition to her injuries, she was also suffering from hypothermia.

William Collins was then charged with Assault-1st Degree/Domestic Violence lodged in the Knox County Detention Center.

The victim was transported to Barbourville ARH by Knox County EMS. The Big Creek Fire Department assisted at the scene.